I was watching a video about oreos (very important stuff) from How to Cook That, and at the end of it, there was an announcement for a competition where you’re supposed to draw in the cream of an oreo to turn it into art. I didn’t care at first, but while looking at other designs being posted I thought I could do something pretty neat too. Maybe even more neat. So I then forced Sebastian to come on my adventure to 3 stores to find both black and white oreos, which you may notice I only used the black ones. 🙂. Every store we went to only had these damn peanut butter ones, which are delicious, but I didn’t want them. 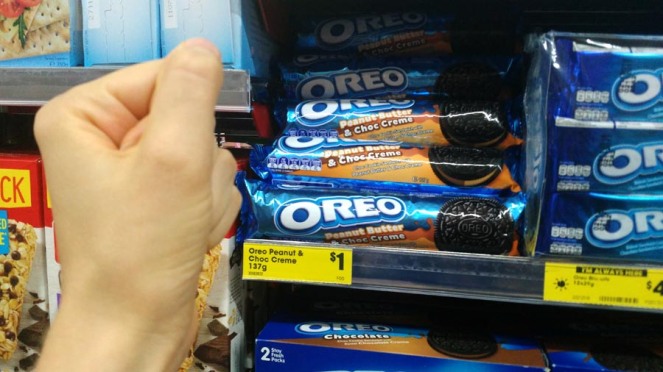 In the end there were both colors, a total of 56 cookies, and 90% of them would be eaten. On the drive back home my focus was temporarily interrupted by something beautiful.

Once it was gone I got my design tunnel vision back and when we were home I picked out a few designs I liked. I decided I wanted to do themes with 3 images, and my first theme was sneakers. Sports shoes? I really do not care about sports shoes/sneakers but I thought they would be fun to draw. 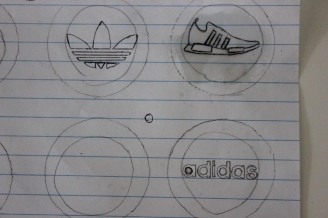 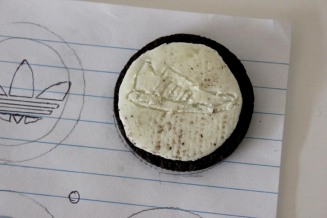 Things got greasy. I never knew oreos were so greasy until this. But nothing will be more greasy than cheese pizza from a middle school cafeteria.

Basically what I did was trace a circle around my oreo on some paper, then I drew a small circle inside so I wouldn’t draw the design too big. I then drew my design inside the smaller circle and placed the paper on top of the cream of the oreo so I could transfer it. The grease actually helped make the paper see through, which is kind of nasty but it helped. 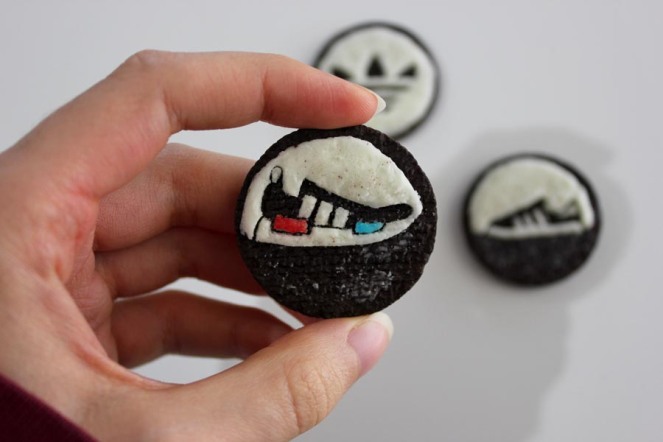 Then I used a toothpick and removed the cream inside my lines and made it into the design. I know that sounds a lot like those “draw a circle” then the next picture is a beautiful perfect owl drawing and the caption just says “add some detail”, but believe me that’s all there is to it. 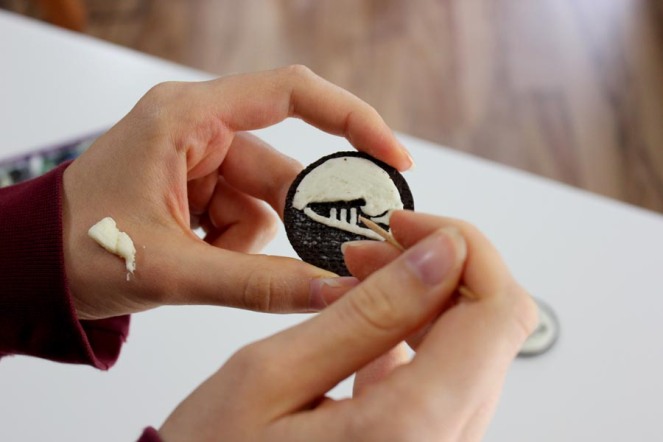 The best part is that you get to eat the paint chips without dying. Plus if the canvas breaks, you get to eat it too and it doesn’t taste like bowel cancer. 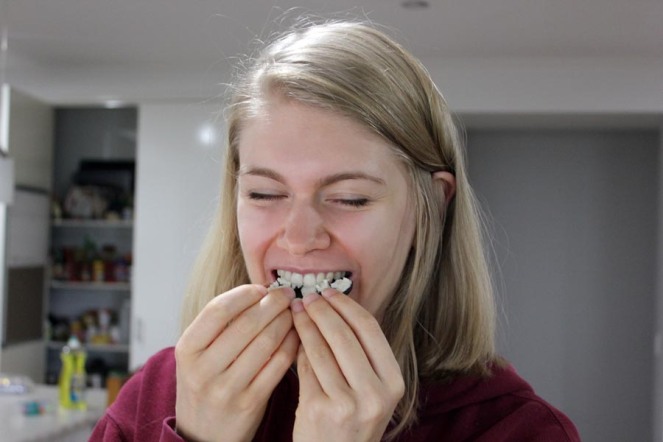 Since someone I know kept eating them all, I decided to make a special one for him. 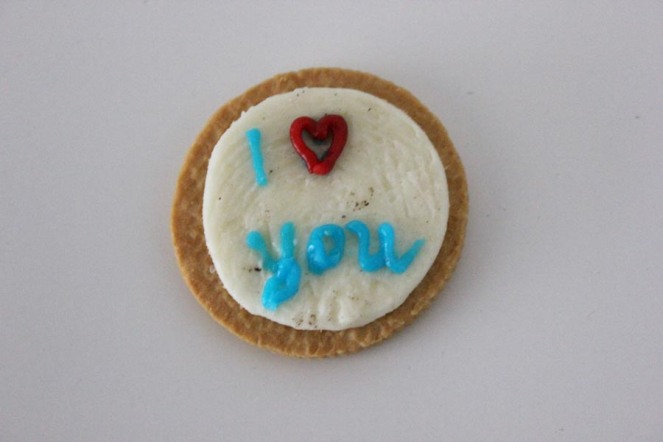 After a few hours of me learning the new art form, the sun had already set and it was getting late. All of these took a few days which is sad, but I couldn’t stop. Help. The next day I finished the last one and put them all together. My first 3 oreo artworks: 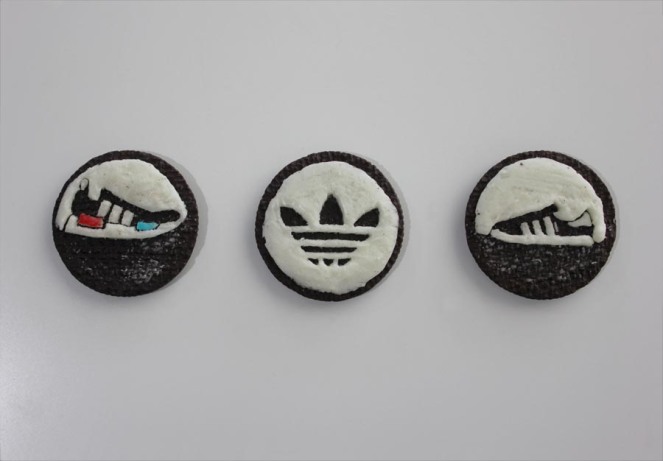 I then decided to do a theme that meant something more to me. I had played Firewatch a few weeks ago and it made me miss my home in the Rockies. So I thought why not do a Rocky Mountains theme? There’s plenty of shit in there to draw.

The design turned out alright, I think. 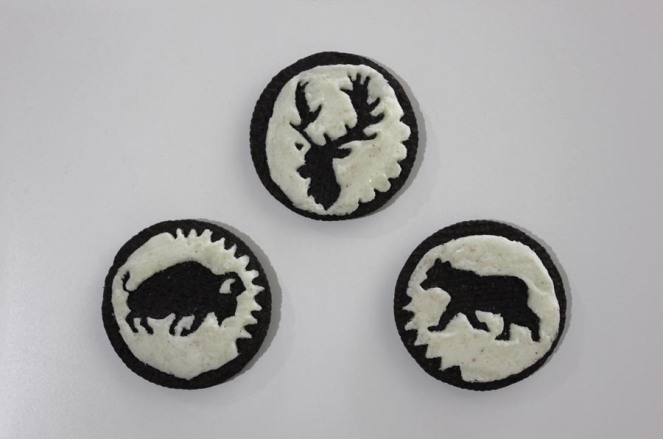 The bear looks kind of skinny but let’s just pretend it was getting ready for swimsuit season. I think I’m going to be done with them for now because I kept eating all the filling and now seeing oreos is sickening. Well I hope maybe I inspired one of you to do the same! Please leave a comment because I love comments and I love my followers. Unless you don’t want to, that’s cool too.